'Link' a collaborative show by Emily Siddell and Stephen Bradbourne is on until the 28th April.  The exhibition features sole work as well as collaborative pieces by Emma and Stephen; where Stephen has blown glass vessels around Emily's beaded forms.


"Both of our separate practices share similar concerns - The adornment of objects,   surface decoration, detailed repeat pattern and intricate linear assemblage. These new collaborative pieces demonstrate and explore the links between our individual techniques and ideas.
Blown murrine vessels incorporate detailed linear decoration as an integral part of the work.
Fine crocheted kete utilise a mesh like wire structure with glass adornment applied as a separate exterior layer.
The new beaded bowls have a wire and glass adornment that is partially fused onto the surface during the blowing process, creating an interplay between the surface decoration and the clear glass vessel."

The pearl is the oldest known gem, and for centuries was considered the most valuable.  The majority of pearls now are cultured, in which an irritant is inserted into the mussel or oyster, triggering a substance called nacre to be secreted around it, which eventually forms the pearl.

The most common types of pearl that our jewellers use are:

Mabe Pearls: A blister pearl, where a half-bead nucleus is glued against the inside of the shell, prompting nacre to be secreted over the bead.  When formed, the blister is cut from the shell and the bead removed. The remaining cavity is then filled and covered with a mother-of-pearl backing.


Mother of Pearl: The smooth, hard pearly lining on the interior of a mollusk shell.

Tahitian Pearls: A dark coloured pearl from the black-lipped oyster. Only naturally coloured black pearls, as opposed to dyed ones, can be called Tahitian Black Pearls.

The best way to clean pearls, is to just wipe with a damp soft cloth.  If there is a lot of dirt to be removed, then they can be gently washed in water with mild soap.  It is important to note that pearl jewellery should be removed before applying cosmetics, hairsprays or perfumes, to prevent any surface reactions.

Email ThisBlogThis!Share to TwitterShare to FacebookShare to Pinterest
Labels: Jewellery 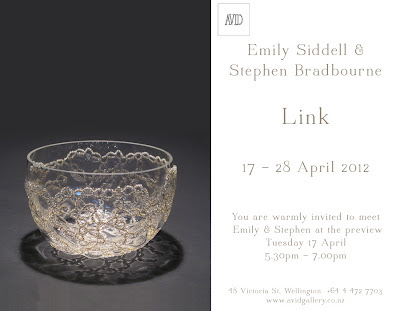 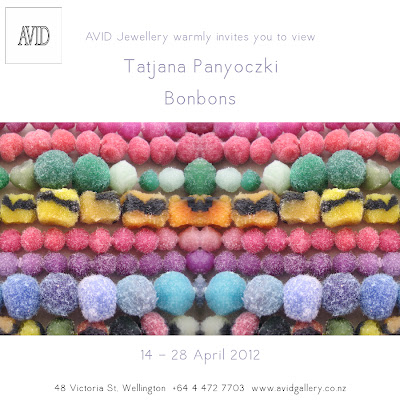 
We have just received the five vessels Andy Kingston subbmitted into the 2011 Portage Cermaic Awards, and was a finalist.  His earthenware 'Droogs' are fantastically detailed and very much need to be viewed from all angles.  In the Portage catalogue Andy had the following to say about this series of work:

This song was sung by my old Poppa when I was a child. It still makes me smile.
These Droogs were teased out over a long time of being draped around the lounge shelf during an unsettled time.  Sad songs were sung to them and a slow dance teased the numbers and clues out of them..
These Droogs are phone doodle friends.
These Droogs remind me of an op shop in Bristol, England called La Freak Boutique. It was a place where you would choose the most peculiar outfits for the coming music festival. Oh, to character up and slink off into the dark, chasing the heart of Saturday night.
These Droogs are you sink a my swan.