Steph Lusted's jewellery focus, One Dark Night, opens this Saturday.  Working hard on the Hobbit film, Steph has graciously found time to put together an amazing set of pieces for the show, and will be at the gallery from 11am - 1pm this Saturday to discuss her work. 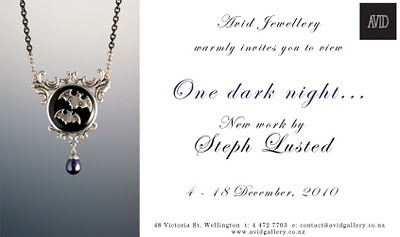 The Spring 2010 issue of 'World Sculpture News' has an article discussing Emma Camden's work at 'Koru Contemporary' in Hong Kong. 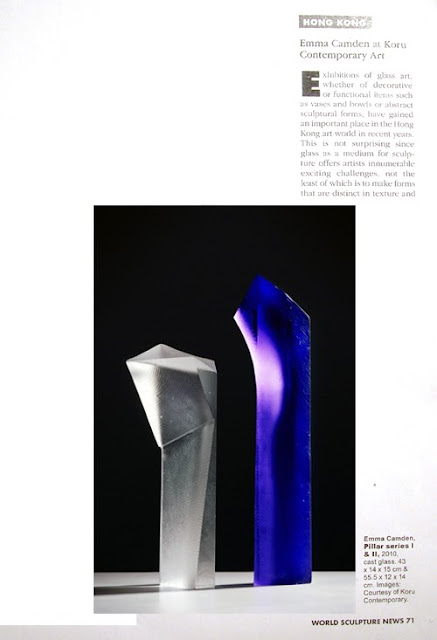 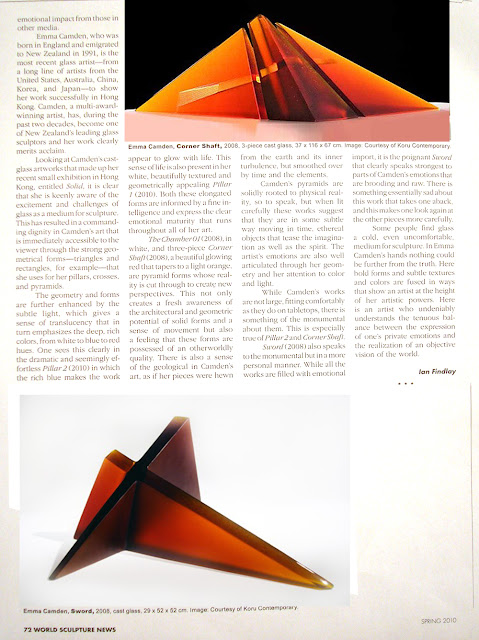 Students of archaeology, ceramics and ceramic conservators will be interested in this (attributed) Lapita pot, in a collection of recent acquisitions of the Museum of True History at Objectspace in Auckland.  The exhibition, curated by Karl Chitham runs until December 18th 2010.
Posted by AVID Gallery at 11:17 AM

Email ThisBlogThis!Share to TwitterShare to FacebookShare to Pinterest
Labels: ceramics

AVID ceramicist Janet Green's work "Persons of Interest" has been selected for a show now on at the Whangarei Arts Museum.  "Credo and Quest - A Selective Survey of Religion and Spirituality in New Zealand Art" is curated by Scott Pothan, and includes works by many of NZ's well known artists, including Colin McCahon, Charles F Goldie and Max Gimblett. 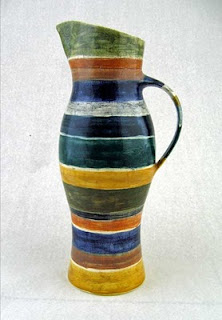 A fabulous exhibition of these very desirable handcoiled and painted earthenware jugs, vases and tiles is on now.  Christine features in the new Lark book "Masters of Earthenware", recently published in the USA.  Collectors of this artist's work and lovers of hand painted ceramic art will want to view these pieces quickly.
Posted by AVID Gallery at 12:24 PM

Congratulations to ceramicist John Parker on his Arts Foundation Laureate Award which was announced in Dunedin last night.  John is one of five laureates, each of whom received a cheque for $50,000, and a statuette by sculptor Terry Stringer. 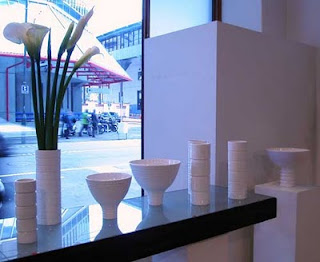 See more about John Parker, and pictures of his work on our website
Posted by AVID Gallery at 11:33 AM

Alice Rose has sent up a fresh batch of her ever popular 'Mirage Vases'.  These slipcast ceramic vases are hand decorated and come in a variety of shapes and sizes. To see more of her vases in store click here. 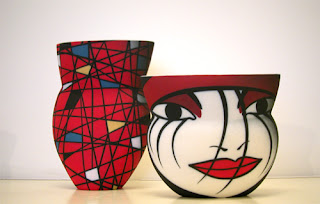 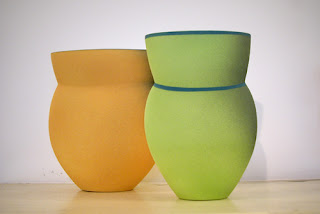