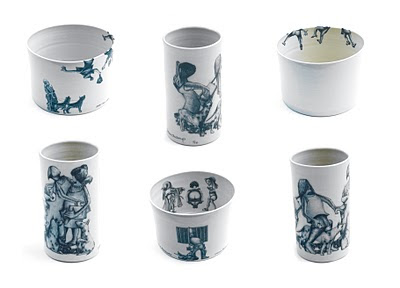 NZ-born UK-based potter John Dawson teaches pottery at Holloway Women's Prison, London, working until recently with Hilary Beauchamp MBE, whose new book "Holloway Prison: an inside story", (Waterside Press, 2010) controversially caused her to resign.
In her 30 years of teaching at the prison, Beauchamp was awarded ITV Teacher of the Year (2007), and an MBE for her work.  She is inclined to tell it like it is, and does not shy from describing the harsh realities of life inside, and the difficulties of teaching art in such circumstances.  The Prison authorities asked to see her book before it was published; to ensure the book's integrity and independence, Beauchamp chose to resign.
In this collaborative exhibition, Dawson's finely-thrown porcelain vases and cylinders are decorated with paintings from Beauchamp's book.  They make a powerful, sometimes dark, sometimes humorous statement about the realities of life inside the infamous women's prison.  They will inevitably raise questions about the way society treats those on the wrong side of the law.
Both Dawson and Beauchamp have used their talents to help bring a little of the joy of art and creativity to those who have very little pleasure in their lives.  In this first combined show, the very contemporary ceramics bring some of the darkness and humour from the prison environment out into the light of day, making this show admirable, intriguing, and potentially controversial.
Posted by AVID Gallery at 5:50 PM

Our first jewellery focus of the year will be opening next week.  Dorthe Kristensen will be presenting a body of work entitled 'Locket'.  Running from  2nd - 16th  April,  it will feature a series of curios lockets that Dorthe has made from silver and gold. 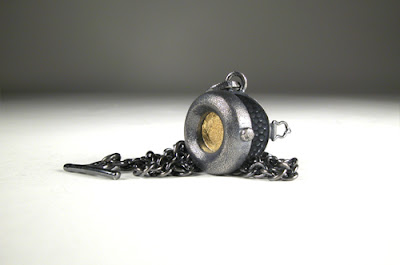 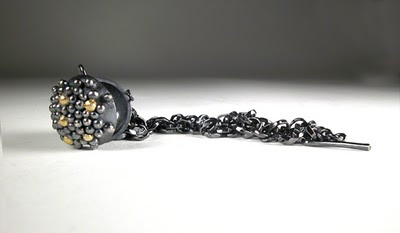 The recent earthquakes in New Zealand and Japan have coincided with Dominic Burrell's "Geophysics" exhibition in totally unforeseen ways.  Dominic's work is based on and references seismic activity, and the works are individually entitled "Seismic Shift".  The traumatic effect of the recent quakes has prompted AVID and Dominic to extend the end date for this show to 26th March.
Our thoughts are very much with those affected by these terrible events, and to help in some small way, both Dominic and AVID  have decided to jointly donate $100 from each sale of work in the show to the New Zealand Red Cross Earthquake Appeal.
Posted by AVID Gallery at 12:57 PM 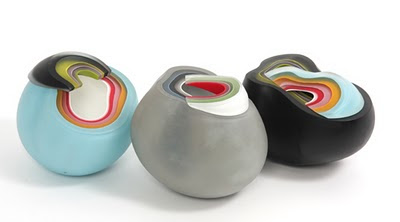 Glass artist Dominic Burrell is our second exhibition for the year.  Geophysics opens on Tuesday 8th March and will run till the 19th March and will feature his distinctive multi-coloured blown glass forms that are reminiscent of illustrative cutaways of the Earth's crust.  You are warmly invited to meet Dominic at the preview on Tuesday from 5.30 - 7.00pm.
Posted by AVID Gallery at 2:35 PM 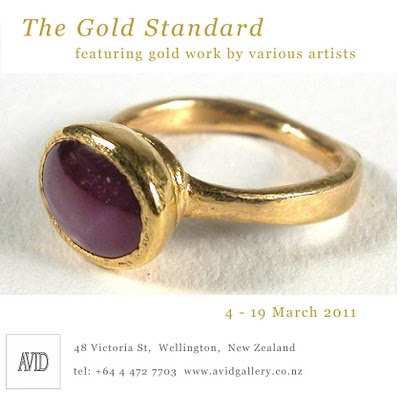 AVID jewellery will be having a focus on gold from the 4th - 19th March.  Artists in this show will include, Frances Stachl, Penelope Barnhill and Ann Culy.
Posted by AVID Gallery at 2:24 PM